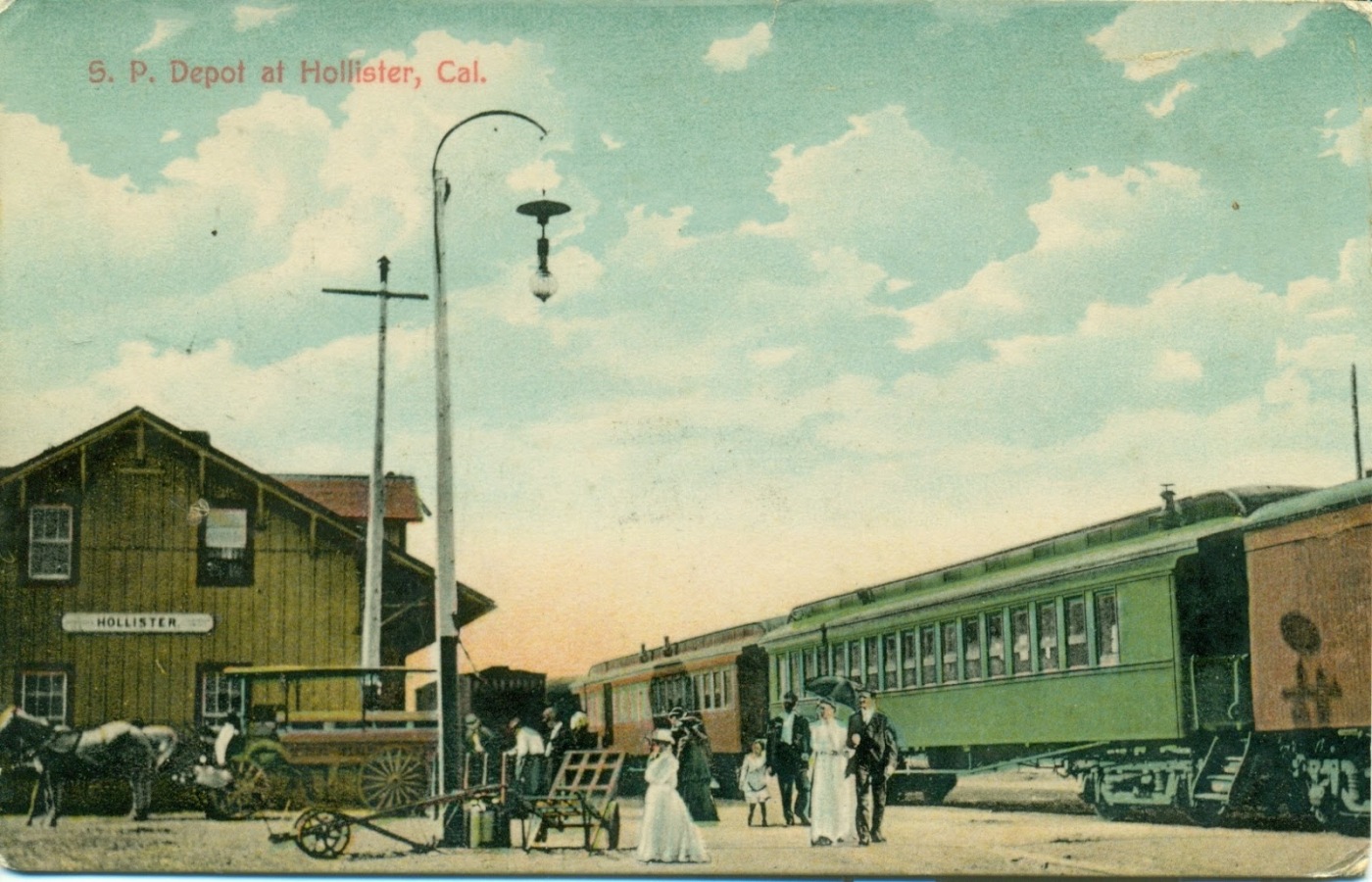 Tres Pinos: not just a place to watch skydivers land

If you are driving out to the Skydive Hollister Landing Zone to watch your friend or family member land for their first time tandem skydiving, you will pass through a quaint little town known as Tres Pinos (Spanish for “Three Pines”). This census-designated area surrounding a 2,000 foot stretch of Route 25 has some interesting history and places to check out.

The current town of Tres Pinos was originally called Paicines, and is 5 miles south of the original Tres Pinos, renamed Paicenes. The Southern Pacific Railroad was tasked with building a line to Tres Pinos, but by 1873 had only made it as far as Paicines.

Their solution was to switch the names of the two towns: Paicines to Tres Pinos and vice versa, so that they could say they built a line all the way to Tres Pinos. Clever way to cut five miles off the quota!

As an end-of-the-railway town, Tres Pinos had a stage coach shop, a hotel (Southern Pacific Hotel), seven enormous grain houses, corrals, six saloons (one of which was illegal), restaurants, and even a brothel. Some of these places, like the stagecoach shop, are still standing, but others (like the brothel) are not.

With the addition of this railroad station, Tres Pinos became the center for shipping, trading, and commerce for hay, cattle, and grain from the southern part of the county, which was known for high quality grain products. Quicksilver, silver and lime were also transported along with passengers. Tres Pinos prospered as a shipping center and was outfitted with wooden sidewalks, store buildings with false fronts, drinking troughs and hitching posts for horses, and rodeo grounds with a bullfighting arena. All this gave it a very distinct “old west” feel.

In 1944 the railroad company discontinued operations to Tres Pinos and dismantled the railroad station. Tres Pinos became a rural and quiet community, sitting in the shadow of Hollister. At some point, a fire caused by an exploding gas stove destroyed much of the town but did not injure anyone. Tres Pinos maintained its low-key vibe with a population of under 500 and not much else, beyond the historical landmarks, restaurants, and small Catholic church from 1892 that is still in operation today.

It stayed this way until 1989, when construction began on a gated community of single-family houses, each with acreage of its own. This community is called Stonegate.

Residents of Tres Pinos were not exactly happy about this huge installment, but now the new Tres Pinos blends well with the old. In some peoples’ eyes, the large lots protect this historic land for the future with plenty of open space. Good thing too, because we need lots of space to land our parachutes!

Open Businesses to Check Out in Tres Pinos

As you’re passing through Tres Pinos on your way back to Skydive Hollister, you may want to take note of some businesses to come back and check out later. Here’s a short list.

The 19th Hole is just around the corner from our landing zone, and is well-known throughout Tres Pinos and Hollister for their high-quality dishes, great service, and welcoming atmosphere. If you’re looking for a delicious and affordable local favorite, try 19th Hole Booze & Food first.

Tres Pinos Inn is another fantastic restaurant in Tres Pinos, and is only about 400 feet from the 19th Hole. The Inn is a bit pricier due to their special focus on fine dining, but well worth it. The Inn is a landmark operation and historical institution, having operated since the 1800s. Now, they are family owned and operated since 1991, and have a slogan of: “From blue jeans to black tie, country with a touch of class.”

FlapJack’s Breakfast and Grill is the last restaurant on our list, even though they serve the first meal of the day. Their pancakes are simply the best around and you can get a lot of other amazing breakfast food at reasonable prices. Sundays get a bit busy.

Gas and Convenience in Tres Pinos

Tres Pinos Country Store is the only operating gas station in Tres Pinos. The mini-mart offers snacks, drinks, and other conveniences (we get ice and chapstick there) for standard prices.

Tres Pinos is a CDP (census-designated place) inside San Benito county, along with Aromas and Ridgemark. San Benito County is also made up of two cities, Hollister and San Juan Batista, as well as eight unincorporated communities (Paicines, Dunneville, San Benito, Hudner, Bitterwater, Llanada, River Oaks, and Panoche) and one ghost town (New Idria). Hollister acts as the county seat.

The End of the Article

Thanks for reading, we hope you learned some interesting facts about the tiny little town where we land our parachutes. By the way here’s how you book a tandem skydive and land in Tres Pinos!

A Brief History of Tres Pinos